Broten pledges to cut $59M per year in private consultants

Sask. Party increased spending on consultants by 303 per cent

The Sask. Party has dramatically ramped up s­­pending on private, external advisors – and NDP Leader Cam Broten is promising to cut that wasteful spending so he can redirect $59 million per year to the priorities of Saskatchewan families.

Under the Sask. Party, spending on consultants has increased by 303 per cent, now $129 million per year, up from $32 million. That’s according to the government’s own responses to questions tabled in the legislature.

“Despite record resource wealth, the Sask. Party let everyday families down – but they bent over backwards to line the pockets of external consultants – I will put a stop to that,” said Broten. “I will roll back the ridiculous increases in consultant spending, and devote those tens of millions of dollars to the things that really matter – like health care, seniors care and education. Because in good times and tough times, Saskatchewan families will always be my priority.”

The NDP will roll back the eight years of the Sask. Party’s spending spree on consultants by 70 per cent in most ministries, for a savings of between $59 million to $63 million per year, or $244 million over four years.

As spending on consultants appeared to be rising out of control in 2014, the independent Provincial Auditor investigated. The auditor reported in December of that year that in 70 per cent of cases, there is no documentation explaining why the Sask. Party hired a consultant. The auditor also found that 90 per cent of the consultants weren’t even reporting to anyone, or subject to any monitoring or evaluation.

“The Sask. Party is cutting massive cheques, which go right into the bank accounts of external consultants, and they can’t or won’t explain to taxpayers why they hired them, what they’re doing, and whether they’re delivering any value at all,” said Broten. “It’s families that pay for this kind of waste – and that’s not on.” 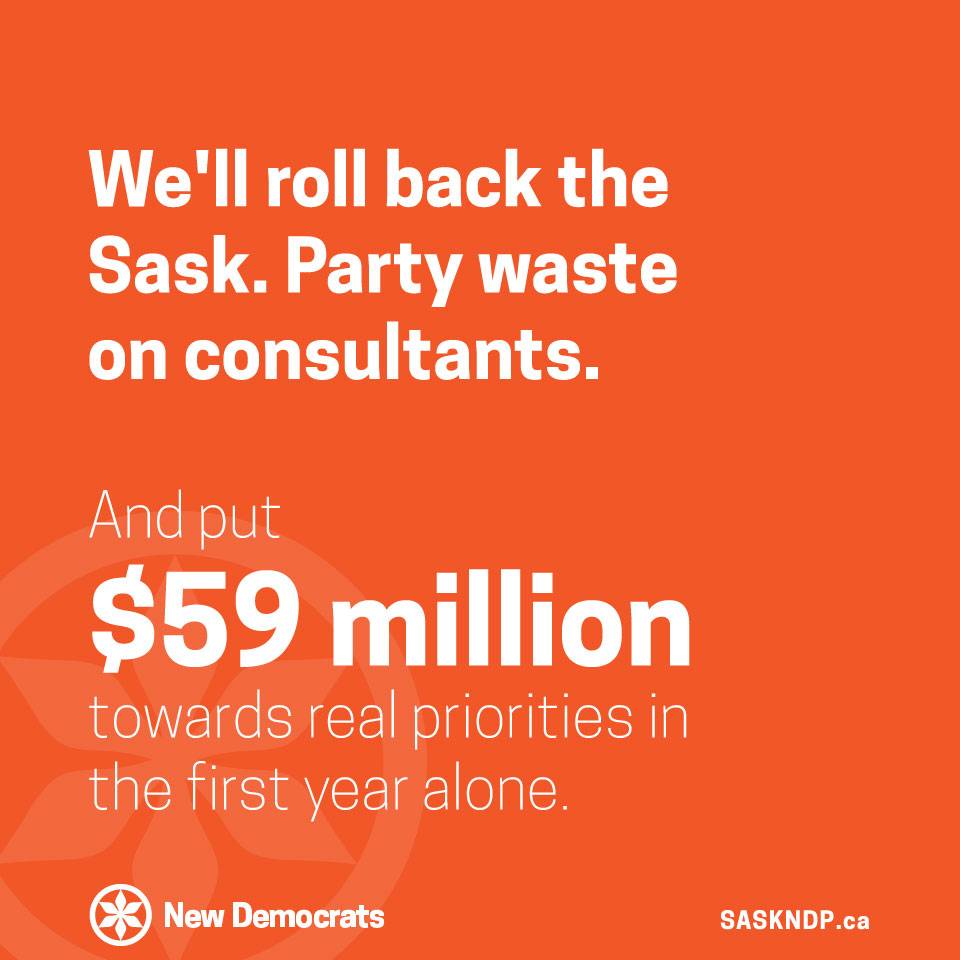 Backgrounder on consultants use

Backgrounder on Cam's plan to save $59 million