Following his win at the leaders’ debate, Ryan Meili was joined by former Sask. Party supporters who will be throwing their support behind the New Democrats this election.

Standing with new supporters, Meili said many were worried about Scott Moe’s dangerous cuts as we continue to fight Covid-19. 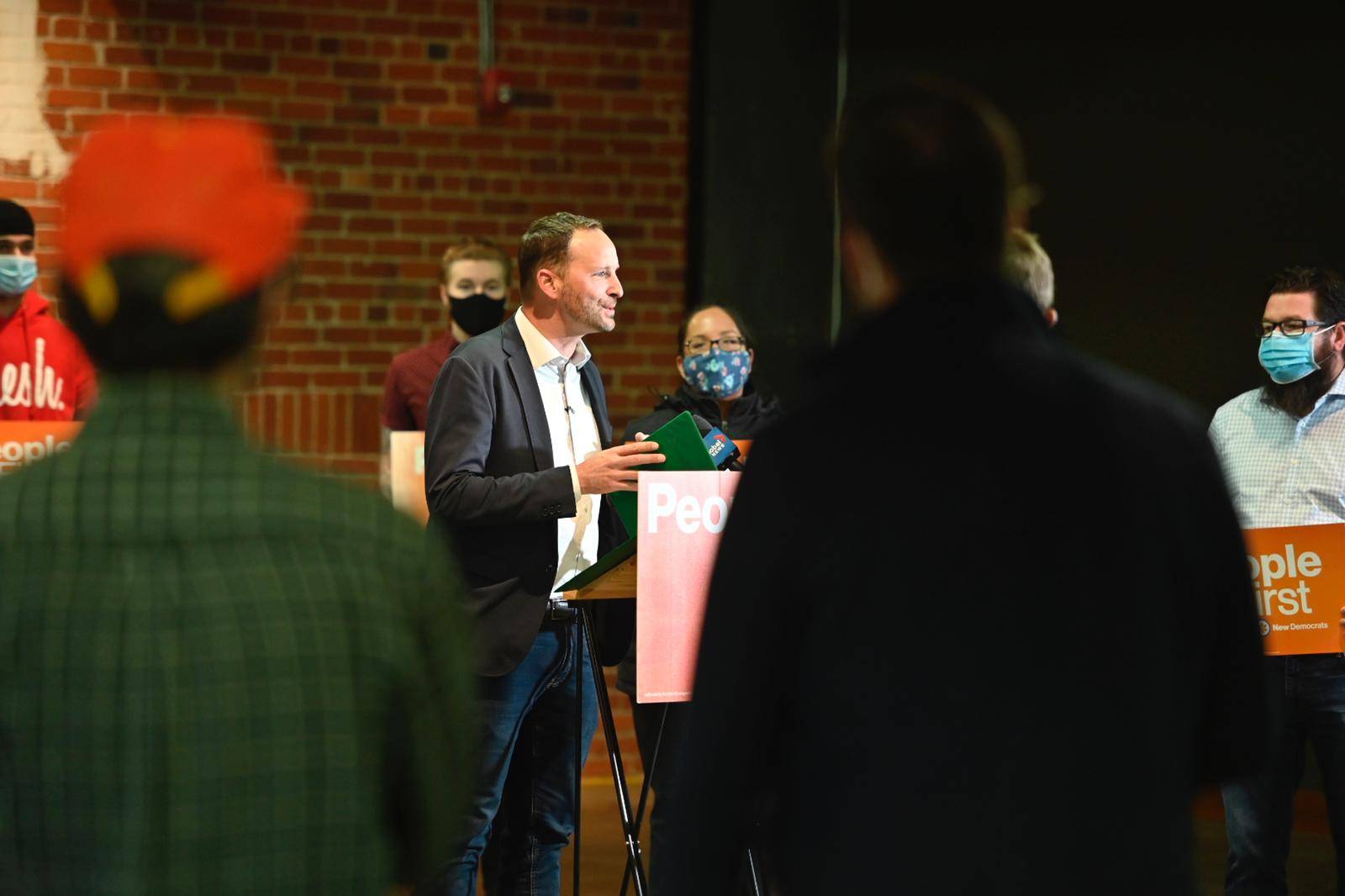 “Every day, I’m hearing from people who are telling me the Sask. Party is the wrong choice for them and for our province’s future,” said Meili. “They know we don’t have to accept more of the same. We have a choice. A choice between cuts and austerity or the investment in people we need today. That’s the choice.”

David Nicoll, a former Sask. Party supporter, will be voting for the New Democrats for the first time this election. Nicoll cited several concerns with the Sask. Party’ record, including cuts to education and health care, Crown sell-offs, and lack of accountability regarding the GTH.

“The idea of more cuts – in the middle of a pandemic – worries me deeply. I simply can’t support the Sask. Party this election. When I think about which party will be the best choice for myself, my family, and our province as a whole, the choice is clear. I’ll be supporting Ryan Meili and the New Democrats,” said Nicoll.