Henning to be New Democrat Candidate in Lloydminster for 2020 Election 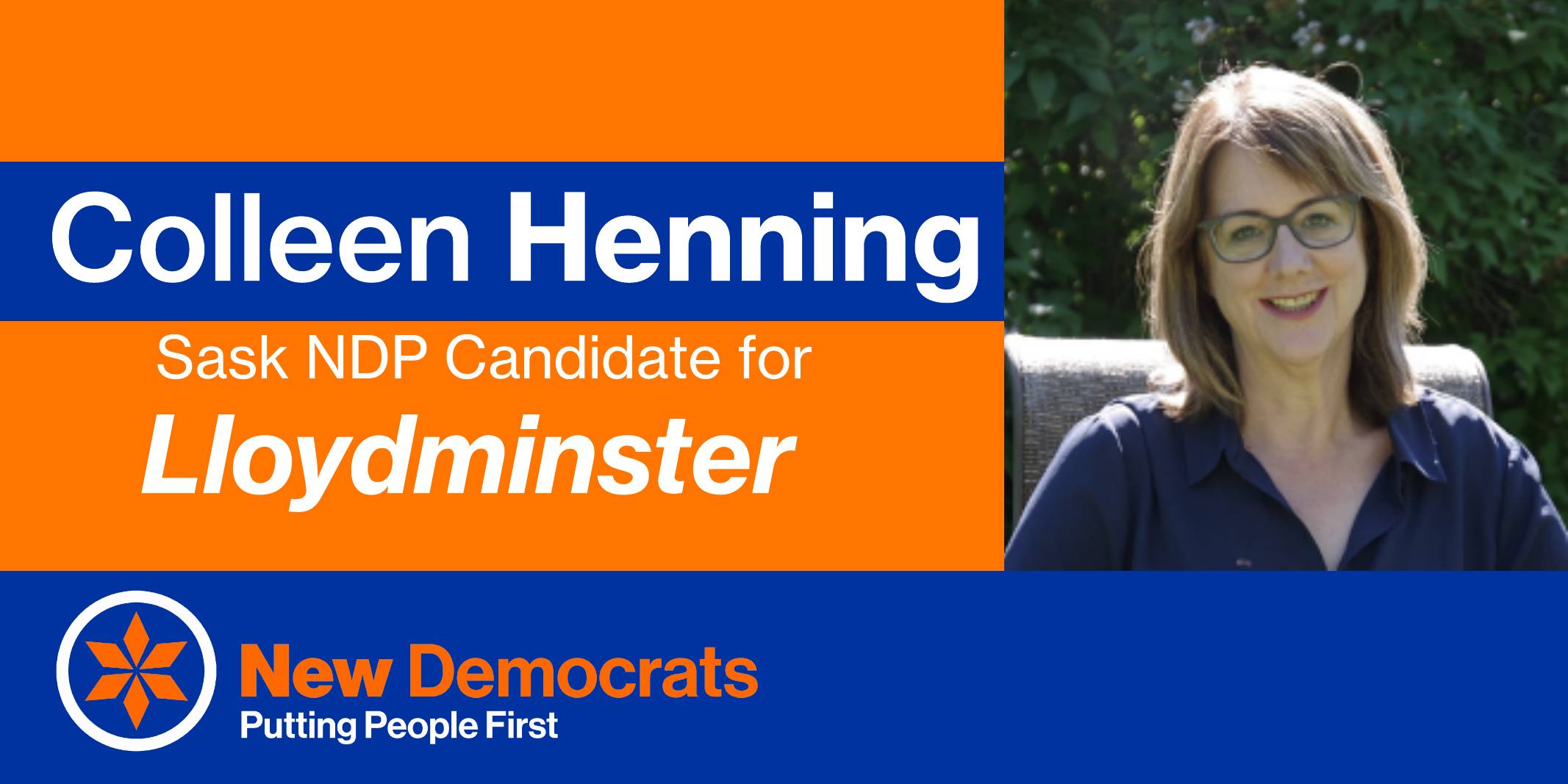 Lloydminster - New Democrats in the constituency of Lloydminster selected Colleen Henning to be their candidate for the 2020 election this evening in an online nomination meeting held on Zoom.

“The Sask. Party is making life more difficult for Saskatchewan people,” said Henning. “As we face COVID-19 together, it’s more important than ever that we have a government that invests in people instead of making life harder with cuts and privatization.”

Colleen works as a teacher at Holy Rosary High School and has worked for the school division as an Assessment Specialist. Through her work in the classroom she has seen first-hand the struggles and challenges caused by the Sask. Party’s underfunding of education.

Colleen was born and raised in Lloydminster and is proud to call it home today.  As a long-time resident she understands the issues that face this diverse area of the province.

“People face a clear choice between a tired Sask. Party that won’t be honest about the future cuts and sell-offs they’re planning to balance their budget, and the NDP, who are committed to investing in people,” said NDP Leader Ryan Meili. “Over the coming months we’ll be putting that case to the people, and I know that Colleen Henning is a strong community leader who will represent us well in the constituency of Lloydminster.”

Sign up to Volunteer
Make a Donation
Become a Member