Job losses, unemployment on the rise in Saskatchewan

According to the July labour report from Statistics Canada, there are 12,300 fewer Saskatchewan jobs – 7,000 of which are full-time – compared to last month and there are 3,000 fewer jobs compared to this time last year. These jobs losses helped raise the province’s unemployment rate to 7.1 per cent, which is the highest rate in Canada outside the Maritimes and well above the national average.

“These numbers certainly are concerning for Saskatchewan people especially when it comes shortly after the announcement of major job losses at Cameco and Nutrien,” said NDP Jobs Critic Vicki Mowat. “Sask. Party decisions such as cutting $3 million out of job training and workforce development programs have impacts, and that is what we are seeing in this month’s report.”

Compared to last year, the agriculture sector is down 2,100 jobs, the manufacturing sector is down 700 jobs and the trade sector is down 1,400 jobs. 900 jobs were lost in the Forestry, fishing, mining and oil & gas sectors. The First Nations unemployment rate jumped to an abysmal 21.2 per cent. 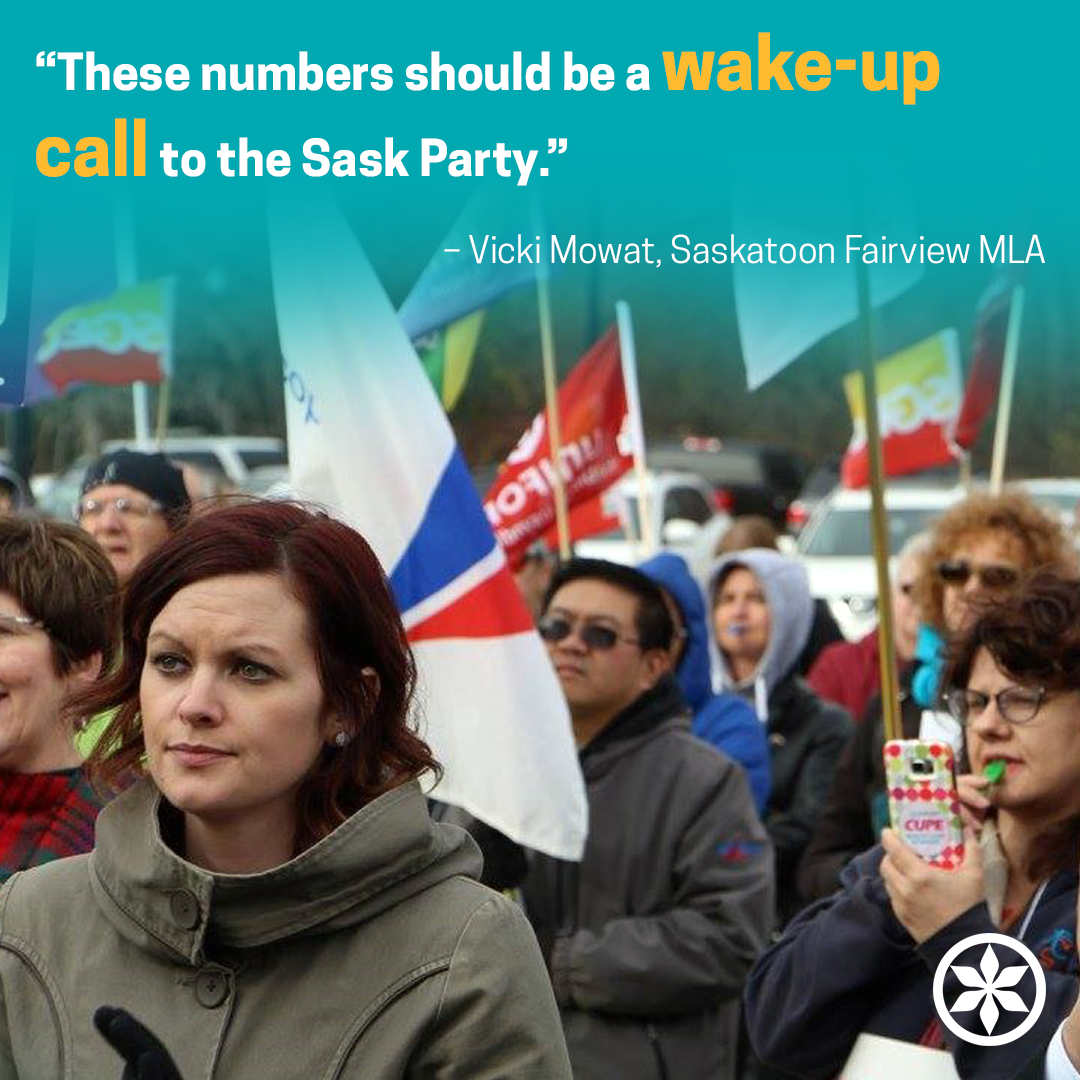 “These numbers should be a wakeup call to the Sask. Party,” Mowat said. “Whether it’s mining jobs in the North or jobs in agriculture in rural Saskatchewan, we need people working to help build a stronger economy. The Sask. Party have been distracted by their mismanaged projects like the Regina Bypass and the GTH land scandal. Meanwhile the unemployment rate is going up and people are struggling to find jobs.”

Make a Donation
Sign up to Volunteer
Become a Member