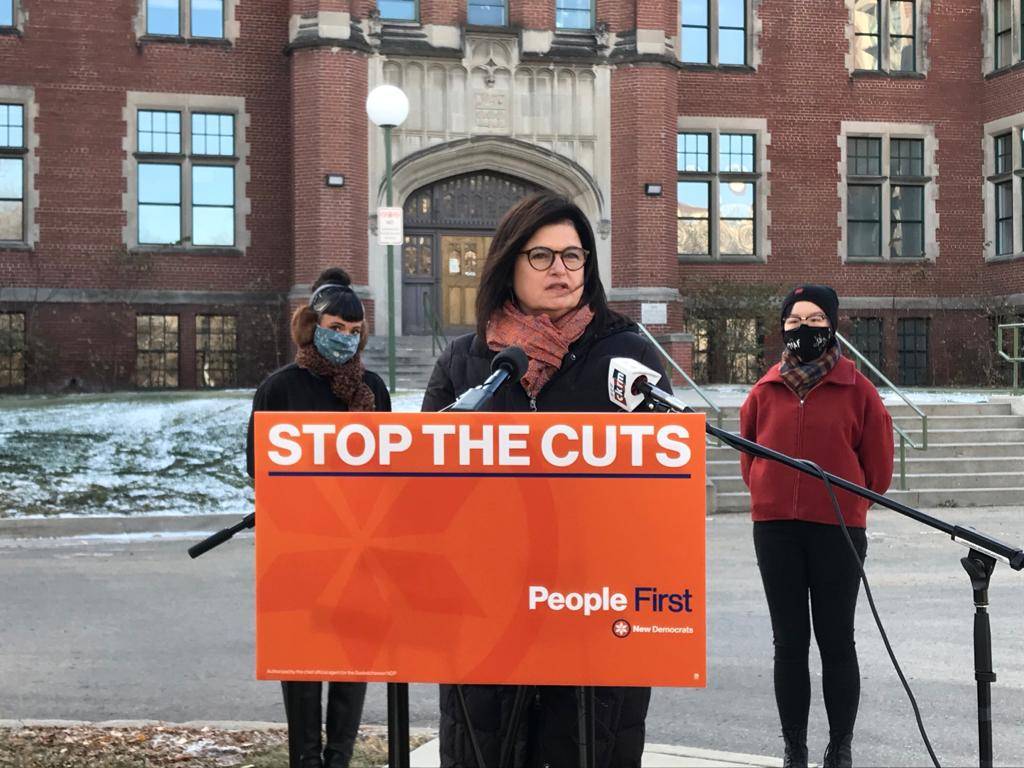 Even before the pandemic, workers in Saskatchewan were struggling to find good mortgage-paying jobs because Sask. Party's cuts – like scrapping the film tax credit – have driven entire industries out of the province.

To bring back jobs at a critical time in our recovery, Saskatchewan New Democrats will reverse the Sask. Party’s cut and bring jobs in the film industry back to Saskatchewan.

"Saskatchewan has lost 18,000 jobs over the last year, and Scott Moe still refuses to admit that their cuts are driving people out of the province to look for work elsewhere," said Carla Beck, candidate for Regina Lakeview. "Now, with COVID-19 impacting our economy, people are even more worried about how they are going to pay their bills. Unlike Scott Moe, we have a plan to put Saskatchewan workers first.”

In 2012, the Sask. Party cut the film tax credit and production companies and crews left the province. Since the cut, revenue generated in the industry decreased by half and over $20 million is lost each year. At the same time, provinces like Manitoba have created jobs in the industry and doubled their revenue.

Celeste Pinder, a member of the local film industry, is speaking out against this cut, and the jobs it has cost Saskatchewan.

“It is devastating to see the impacts this cut had to the film industry and the jobs we lost, because in every other province the film industry is thriving,” said Pinder. “Over half of the workers in this industry have left the province, and many of them had families and homes here and were holding out hope that the cut would be reversed, but that hasn’t happened yet.”

New Democrats are committed to reversing the Sask. Party’s cut to the film tax credit to revitalize the industry, and put Saskatchewan workers first by ensuring they don’t have to go out of province to find jobs.