NDP Leader Cam Broten announced Friday that he will restore City Hospital to its proper use, starting with putting patient beds back into areas designed to be patient rooms, and extending the hours of the emergency room (ER).

Broten committed to add 40 inpatient beds to City Hospital, and open the ER from 8 a.m. to midnight, 4.5 hours longer than it’s open now. Those changes are in support of ambitious new ER wait-times pledges Broten made Thursday.

“City Hospital was built to be a state of the art acute-care hospital, but only about half of it is being used for that purpose,” said Broten. “Yet other hospitals in Saskatoon are facing an ongoing crisis of long waits, overcrowding and hallway medicine. There’s no common sense in that – and it’s time to fix it.

“We know the most significant factor causing ER overcrowding is the inability for admitted patients to access inpatient beds, because they’re already full. That's why better use of City Hospital is an important part of our plan to deliver shorter waits.”

City Hospital was designed and built for 343 inpatient beds.  Currently, there are only 169, and some patient rooms have been converted to offices or storage space. Only 73 beds are in ‘active care units.’ The rest are transitional care, convalescent, and rehabilitation beds.

Dr. Brian Geller, a family physician who works in City Hospital’s ER and a former president of the Saskatchewan Medical Association, joined Broten at the announcement Friday.

“I believe this emergency room and hospital can be used much more effectively,” said Dr. Geller. “Every shift, I have to transfer patients from City Hospital’s ER to Royal University and St. Paul's just so they can be admitted for care. These patients have to first endure a transfer and then another long wait before they’re admitted at the other hospital.

“After we’ve made the decision that a patient needs to be admitted, it’s not helpful for them to have to be transferred and then still spend hours waiting for a bed. That certainly doesn’t improve health outcomes. That’s why I fully support this plan to add acute care beds – because we need more capacity. We have a great facility here and we need to use it properly.”

The commitment Broten made Friday includes:

Help spread the word by sharing this story on Facebook. 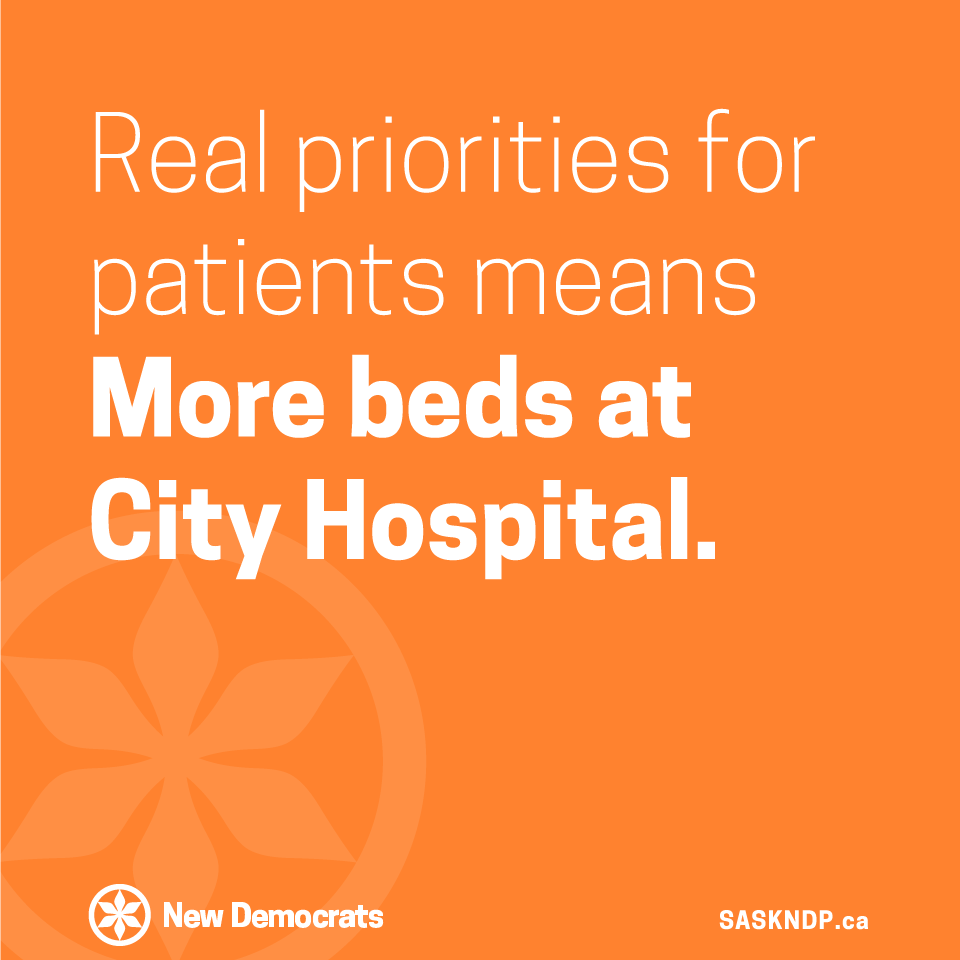 Become a Member
Sign up to Volunteer
Make a Donation