The NDP has nominated candidates for the provincial election in all 61 constituencies, and it’s the most diverse candidate team in the province’s history. 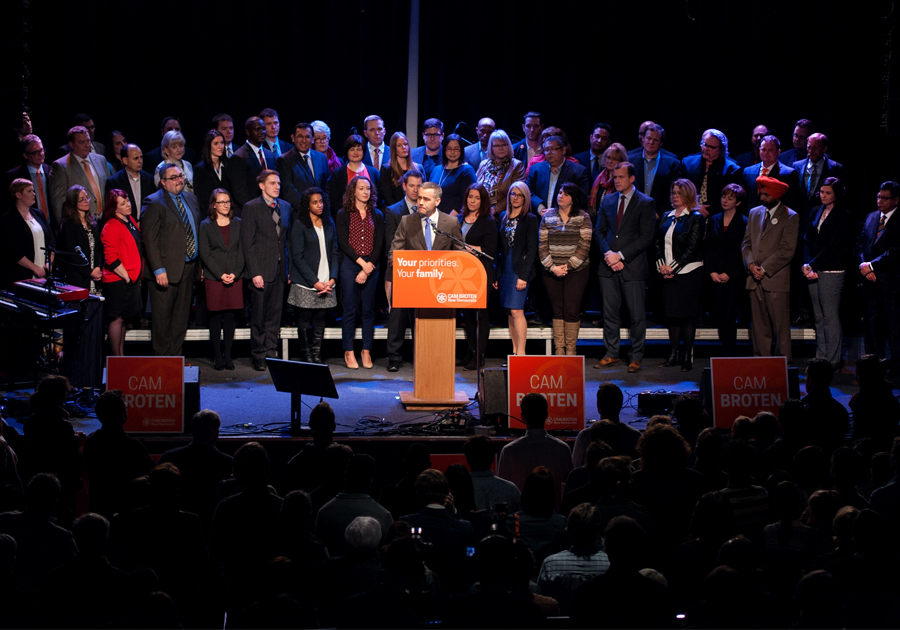 “I’m incredibly proud of this team – a team that truly reflects the diversity of Saskatchewan,” said NDP Leader Cam Broten. “We come from many different backgrounds and careers, but we share values, and we share a goal. We want to make Saskatchewan stronger – stronger for middle-class families, fairer for people working hard to get ahead, and kinder to children starting out and grandparents needing care.

“We’ll keep what’s working, but we’ll fix what’s wrong. We’ll cut the Sask. Party’s waste, put more money in the pockets of everyday families, and fix and invest in the services we count on – like our schools, hospitals and care homes. You can count on this team to focus on your family’s priorities, because they’re our priorities, too.”

Broten said his team has been actively door-knocking – and is hearing growing frustration with the Sask. Party’s priorities and choices.

“Mr. Wall has no money left, after a decade of resource boom. He even blew through the Rainy Day Fund during incredibly sunny times for our province,” said Broten. “He refuses to release a budget and he won’t tell us what he'll cut next – but his finance minister is warning of more draconian cuts to health care and education. Meanwhile, Mr. Wall is still blowing hundreds of millions on his waste, like the Lean program, huge increases in consultant spending, and even his own taxpayer-funded travel scouts. We can’t afford four more years of this. We need to cut their waste, and protect and invest in what really matters to families.

Become a Member
Sign up to Volunteer
Make a Donation