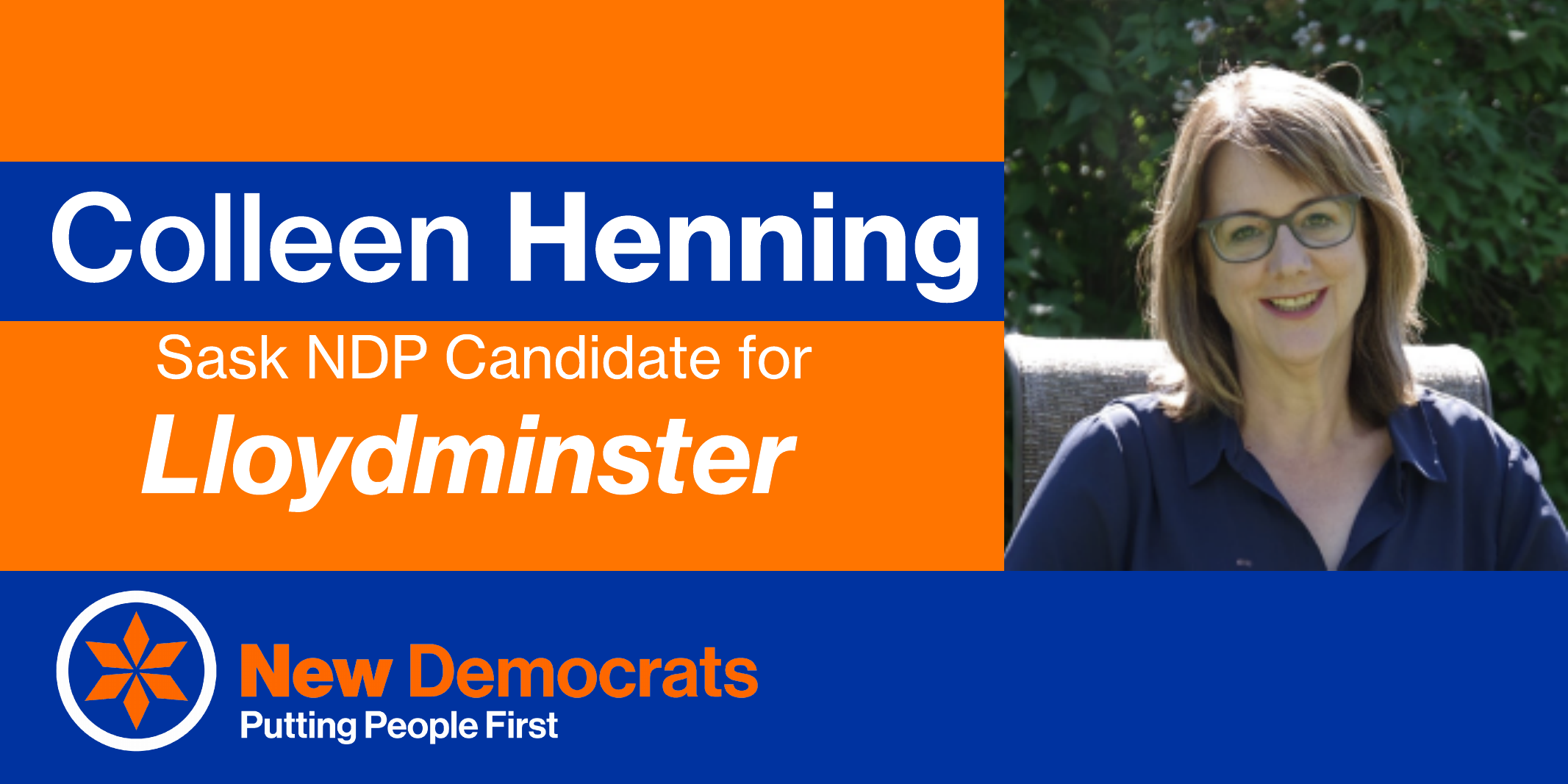 With a growing chorus of voices emerging to challenge Premier Scott Moe’s claim that all is well in Saskatchewan’s Long-Term Care system, the Saskatchewan NDP is calling for the province to request an independent investigation by the Provincial Ombudsman, who has investigated Long-term Care previously, to get a complete picture of the situation.

On the steps of the Saskatchewan Legislature, NDP Leader Ryan Meili and NDP Finance Critic Trent Wotherspoon released A People-First Recovery, a post-COVID-19 recovery plan that focuses on building a healthy society, powered by a strong and diversified economy.

Raising concern that kids and their caregivers have so far been neglected in the Sask. Party’s Reopen Saskatchewan plans, the Saskatchewan NDP joined concerned Regina parents in calling for a comprehensive plan for safely relaxing restrictions keeping Saskatchewan kids at home.

The Saskatchewan NDP is calling on the province to introduce a plan for the safe reopening of schools this fall, including hiring additional teachers and EAs to ensure that no Saskatchewan family has to see their kids return to unsafe, overcrowded classrooms this fall.

Today, with another month of business lease payments coming due, NDP Finance Critic Trent Wotherspoon called on the provincial government to act quickly to ease restrictions on the province’s Saskatchewan Small Business Emergency payment program that leave many struggling businesses unable to access needed support. Specifically, Wotherspoon questioned the government’s refusal to support businesses that are allowed to reopen but are still facing a massive drop in revenues, on top of their earlier refusal to support businesses that hadn’t been forced to close in March but had seen a major loss in revenue.

After news of an oil spill at the Co-op Refinery in Regina, NDP Leader Ryan Meili issued the following statement calling on the Premier to act in protection of public safety:

NDP Leader Ryan Meili and Seniors’ Critic Danielle Chartier today urged the Premier to listen to the experience of Dianne Morgan, who has stepped forward to share her parents’ experience with Saskatchewan’s Long-term Care system, instead of doubling down on defending his government’s non-legislated and unenforceable guidelines in long-term care homes.

With conditions in long-term care homes under scrutiny across Canada, NDP Health Critic Vicki Mowat and Seniors’ Critic Danielle Chartier called today for the release of the CEO Tour report, and for the reestablishment of minimum care standards and staffing ratios, which the Sask. Party scrapped in 2011.

Sign up to Volunteer
Become a Member
Make a Donation