A Government On Her Side: New Democrat Government will work for women 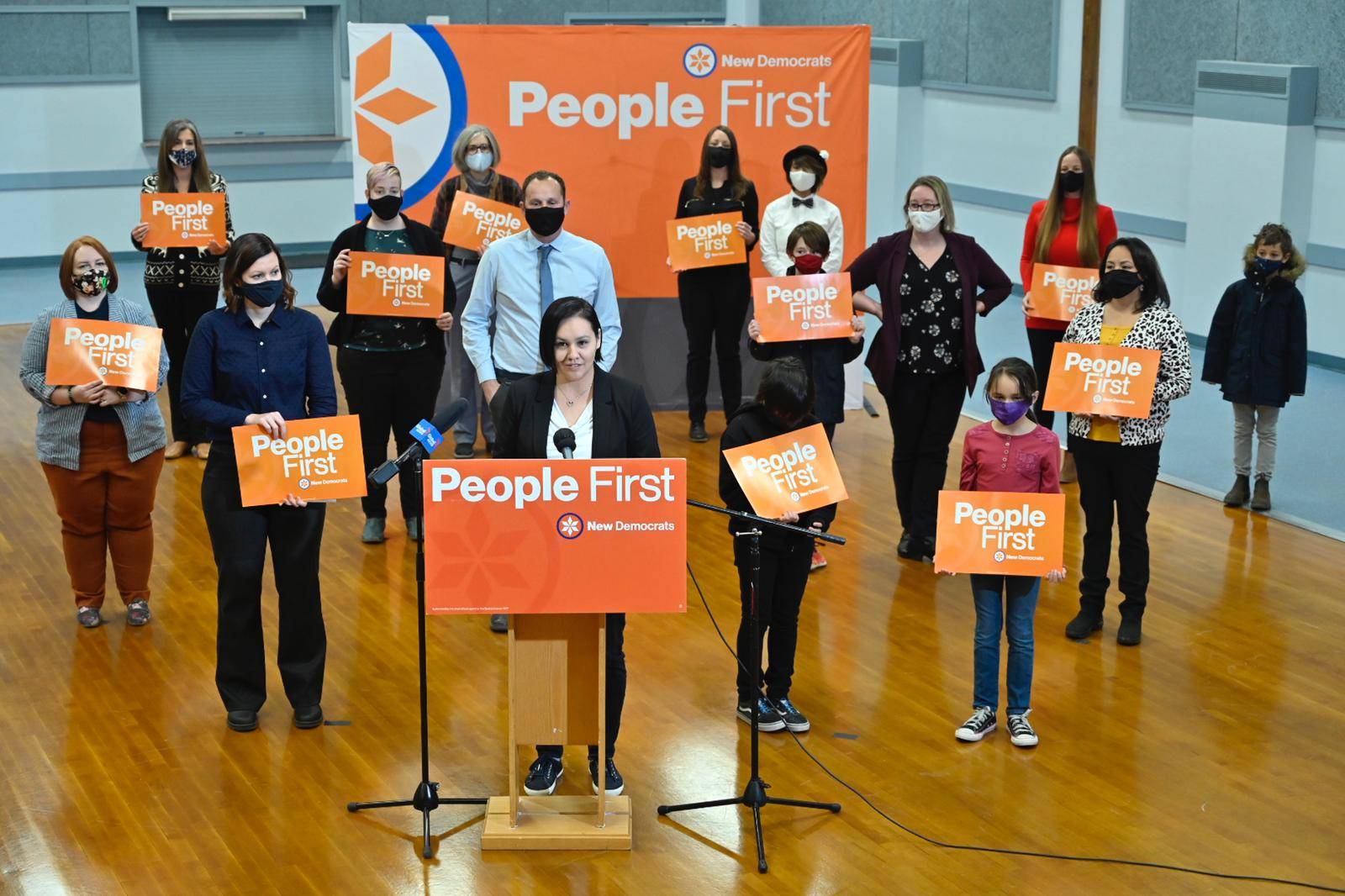 On the 91st anniversary of Persons Day, Saskatchewan New Democrat Leader Ryan Meili stood alongside a number of New Democrat women candidates to vow that he will lead a government that takes action for women in Saskatchewan.

“Today, we pay tribute to the changemakers of our society. Women have long fought for healthy communities, for equal pay for equal work, and for strong public services like childcare,” said Meili, “When women have a government that’s on their side, that actually listens and makes the investments according to what they hear, our whole society does better. Scott Moe and the Sask. Party have been letting women down.”

Meili noted that he is extremely proud that half of the NDP’s candidates are women, and that having a gender-balanced cabinet is the key to arriving at the best decisions for everyone in Saskatchewan.

“Women need to be in all the rooms where decisions are being made. It informs all of our decisions and leads to better outcomes for everyone,” said Meili.

New Democrats have committed to closing the gender pay gap and ending outdated and sexist dress codes in the workplace.

A New Democrat government would: