Saskatchewan New Democrat Leader Ryan Meili stood in front of the Regina Bypass today to announce his party’s commitment to removing the provincial sales tax on construction labour as part of a Sask-First plan to create good jobs and restart the post-COVID economy. 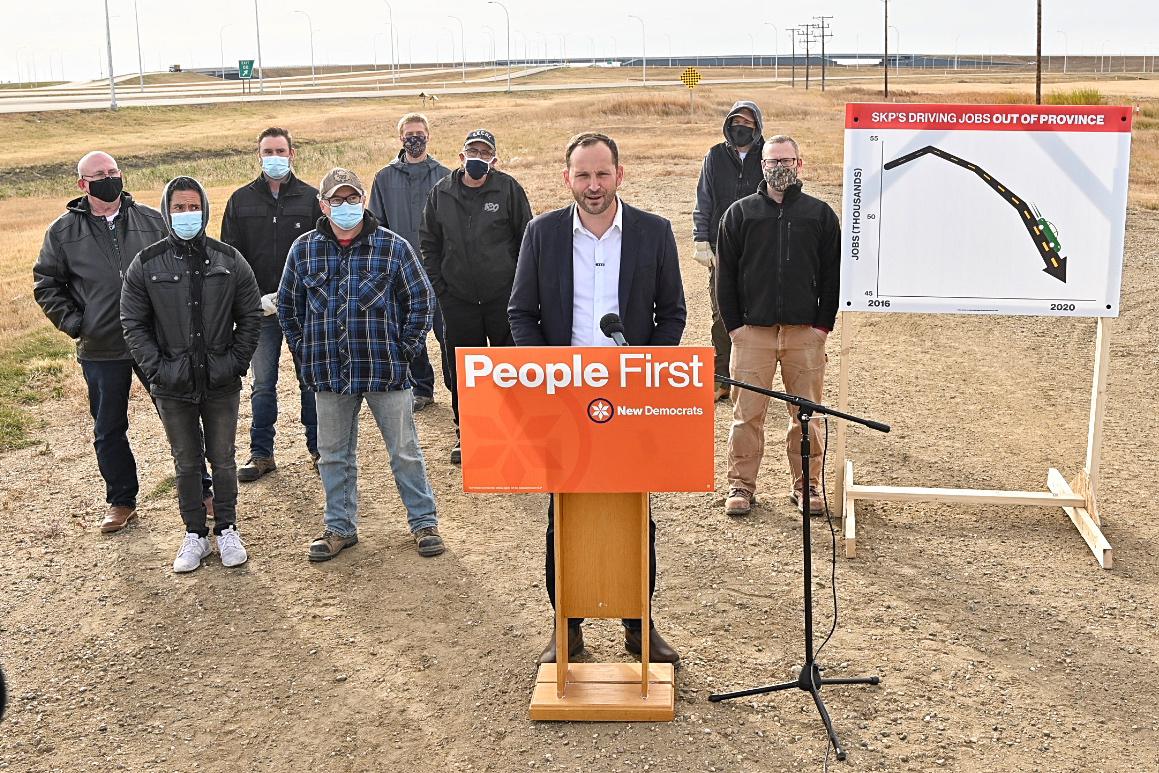 “The Sask. Party’s wrong-headed decision to add the PST to construction labour has hurt working families – and COVID-19 has made matters worse,” said Meili. “We’re going to remove that tax and move forward with our Sask-First procurement policy – building our roads, our schools and our hospitals with our workers and our companies.”

To compound this problem, the decision to hire a French conglomerate to build the Regina Bypass froze out local contractors and workers. It accumulated nearly $1.5 billion in cost overruns and had more than 1,000 reported deficiencies. Saskatchewan workers won’t see any good jobs out of the project for decades, as the Sask. Party signed 30-year agreements with the French conglomerate for design, construction and maintenance.

Years of out-of-province contracts have left Saskatchewan people out of work. Labour force statistics show jobs in the construction industry have gone down year over year since Scott Moe took office.

“The Regina Bypass was an over-budget disaster that shut construction workers and companies out. The Sask. Party’s approach has raised the cost of construction – and left our workers behind,” said Meili. “It’s time for a change. It’s time to invest in our economy, support businesses and workers and put people first.”