A matter of trust: NDP calls on all parties to support GTH Inquiry

Following recent revelations of the deal between Brightenview Development International and the Global Transportation Hub (GTH), New Democrats are demanding Sask. Party candidates in Regina join their call for a full public inquiry into the GTH scandal. 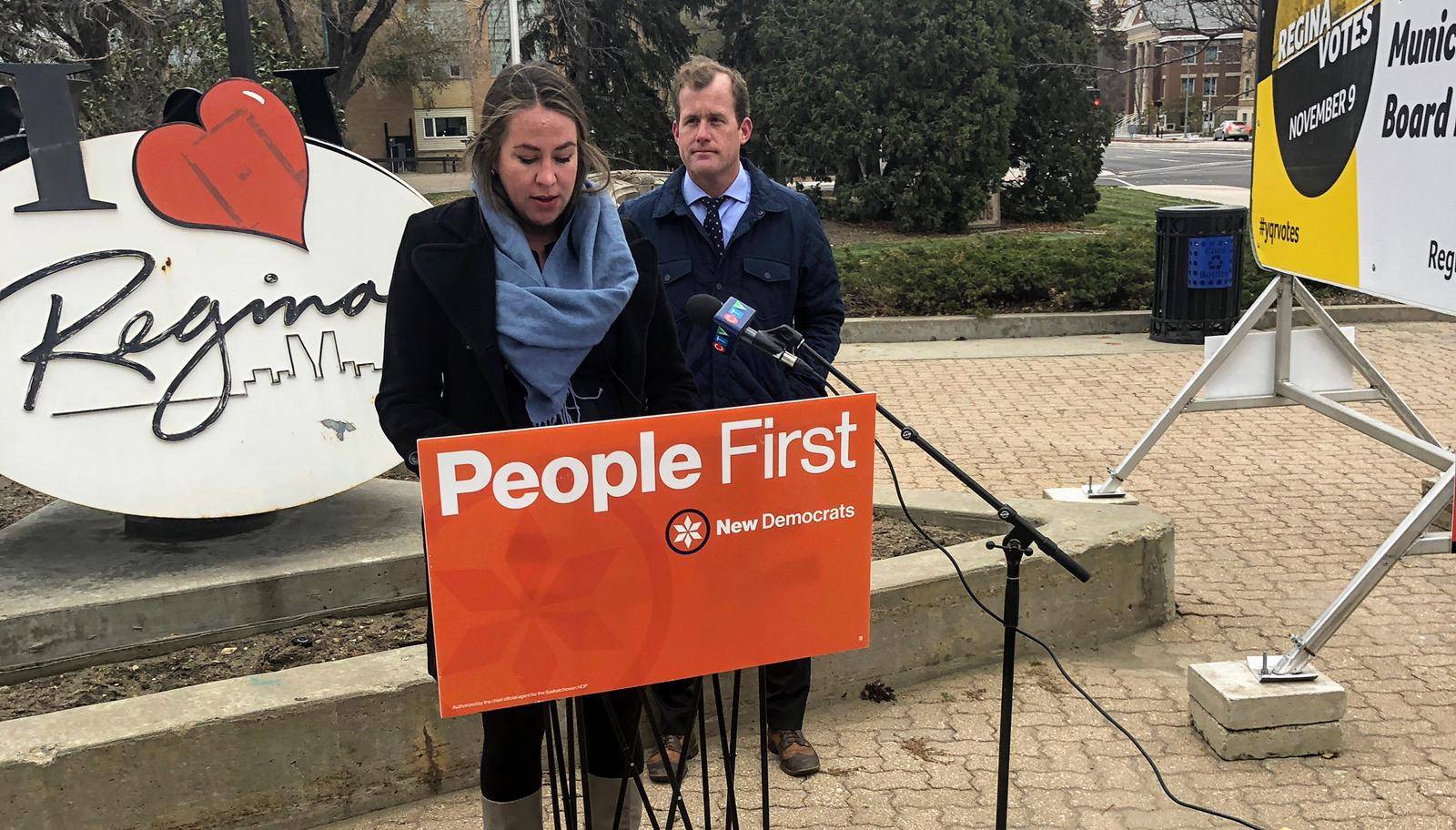 “This election is about trust. Sunlight is the greatest disinfectant, and when it comes to the GTH deal, we need to throw open the shutters,” said New Democrat candidate for Regina University Aleana Young. “All Regina candidates, from every party, have a duty to stand up to this corruption and support a public inquiry. If Tina Beaudry-Mellor is unwilling to stand up to Scott Moe and do what’s right for the people of Regina, I will.”

The NDP’s call to restore trust and integrity through a public inquiry has also received support from many Sask. Party candidates over the years. Jeremy Harrison admitted there were “huge mistakes made.” Gord Wyant went so far as to say, “we need to shine a very, very bright light on this.”

Even Regina Sask. Party MLA Tina Beaudry-Mellor admitted to “considering a public inquiry” when she was running to be Sask. Party leader. However, since Scott Moe was elected as Sask. Party leader, the Sask. Party has returned to its playbook of standing up for their Old Boys’ Club of insiders and big donors.

“Scott Moe’s indifference to the obvious stench of rampant corruption surrounding the GTH deal is astonishing,” said New Democrat candidate for Regina Rosemont Trent Wotherspoon. “On doorstep after doorstep, I’m hearing calls to clean up the corruption, collusion and shady backroom deals surrounding the GTH. People in Regina want a change that they can trust.”

As the provincial election moves into the final stretch, Regina NDP candidates will be actively campaigning for all parties’ candidates to join their call for a public inquiry so that we can finally get to the bottom of this scandal and move forward with change that puts people first.