Today Saskatchewan New Democrat Leader Ryan Meili called out Scott Moe for his record on allowing wait times for surgeries to skyrocket, and committed to build a new surgery and outpatient centre in Regina. 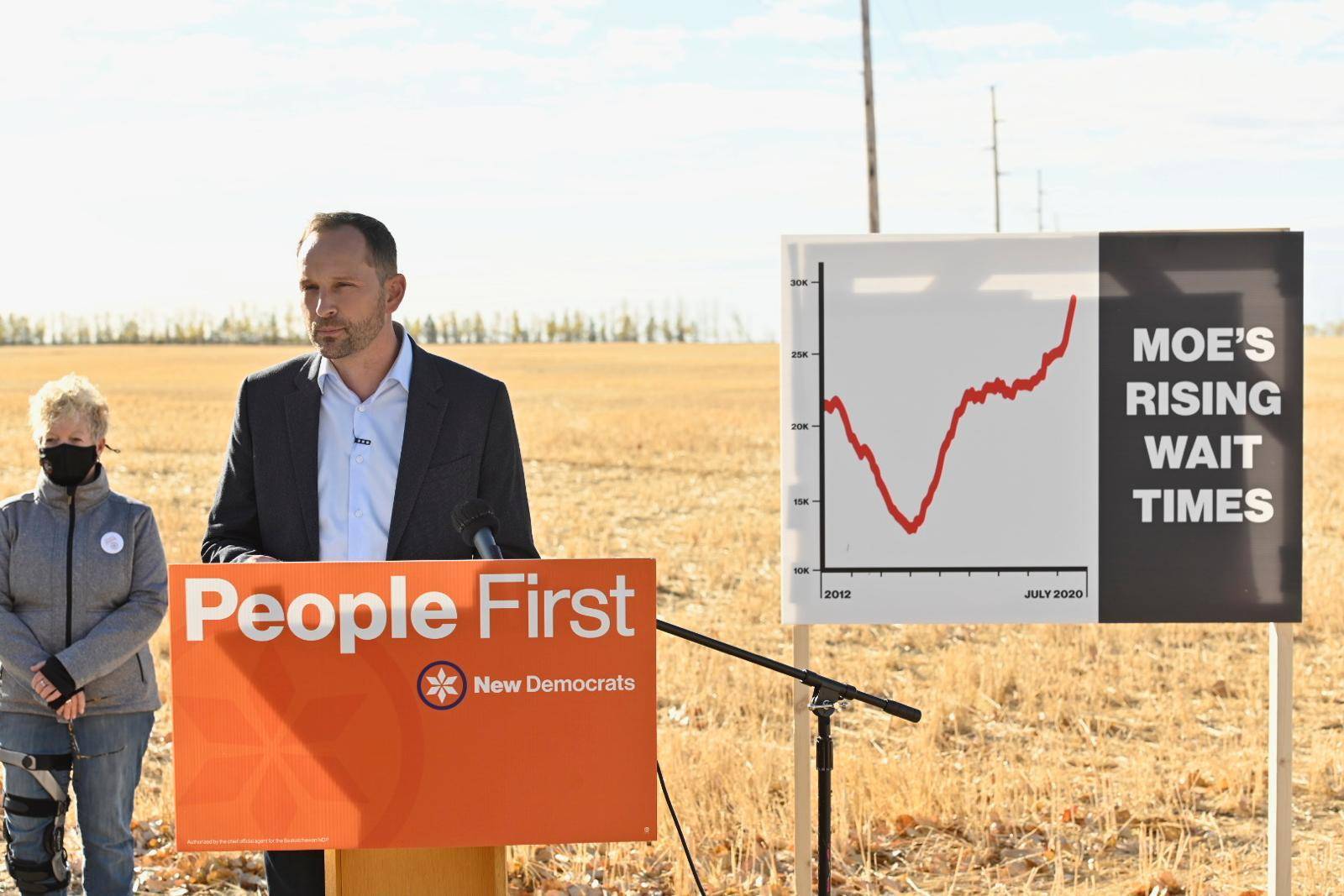 “People don’t want to worry about whether they’ll be able to get the surgery they desperately need,” said NDP Leader Ryan Meili. “With waitlists growing and fewer surgeries performed this year than last year, it’s clear that Scott Moe’s plan for deep cuts and privatization will hurt families that were already stretched and stressed before the pandemic. We can do better.”

Meili noted that the Sask. Party experiment with American-style, user pay MRI’s has doubled wait lists for those procedures. He renewed his commitment to a Saskatchewan Medicare Protection Act that would ban the practice of directly charging patients for the costs of surgical and diagnostic services. All private clinics would continue to operate within that framework.

Earlier this year, Scott Moe’s Health Minister Jim Reiter suggested expanding American-style healthcare in Saskatchewan, saying: “I think it's easy to get hung up on the ideology that nobody should be paying for anything in the healthcare system.”

Regina resident Donna Smith is one of the many Saskatchewan people dealing with long waitlists for surgery.

“I have been on the surgical wait list since June of 2019 and I know there are people who have been waiting longer than I have,” she said. “It’s been difficult not being able to be as active while waiting – I loved going for walks, playing floor hockey and pickleball, but because of the pain that’s not a reality for me anymore.”

The new centre would include the following services:

By building the $60 million facility, the NDP will also alleviate pressure on hospital admissions, helping to reduce the long wait times in emergency rooms with patients being diverted to this centre.

“The Sask. Party loved to talk about having these services in place – even Brad Wall promised it nearly a decade ago – but talk and inaction aren’t lowering wait times for people,” Meili said. “An NDP government would make good on a broken Sask. Party promise and make the investments needed to improve a system that’s letting people down.”