Ryan focused on people - the people who are being let down by Scott Moe and the Sask. Party.

At this debate, Scott Moe showed Saskatchewan families that he is satisfied with the status quo - and his plan for dangerous cuts during a pandemic. He tried to hide from his record of damaging health care, failing on the economy and abandoning families already stretched and stressed before Covid-19.

Scott Moe refused again – as he did at this platform launch – to answer any questions about the kinds of cuts he would make to keep to his plan to balance the budget at all costs during a pandemic.

Only Ryan Meili and the New Democrats brought fresh ideas, smart investments and innovative solutions to the challenges Saskatchewan faces - and only Ryan Meili put a focus on the real people who are stretched and stressed now.

Saskatchewan families have a clear choice: The investments that we need now – or Scott Moe’s cuts to services families rely on.

Ryan’s focus was on people - and Saskatchewan people were energized by Ryan Meili’s performance at tonight’s debate. Here’s what people who followed the debate are saying about him: 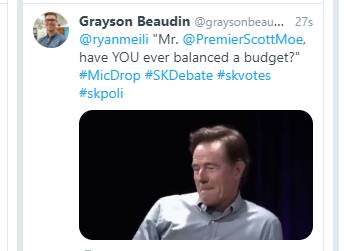 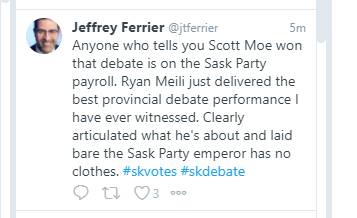 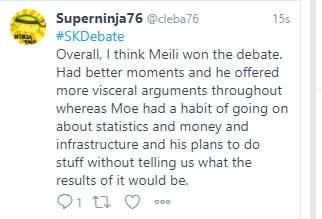 Make a Donation
Jobs
Become a Member
Sign up to Volunteer