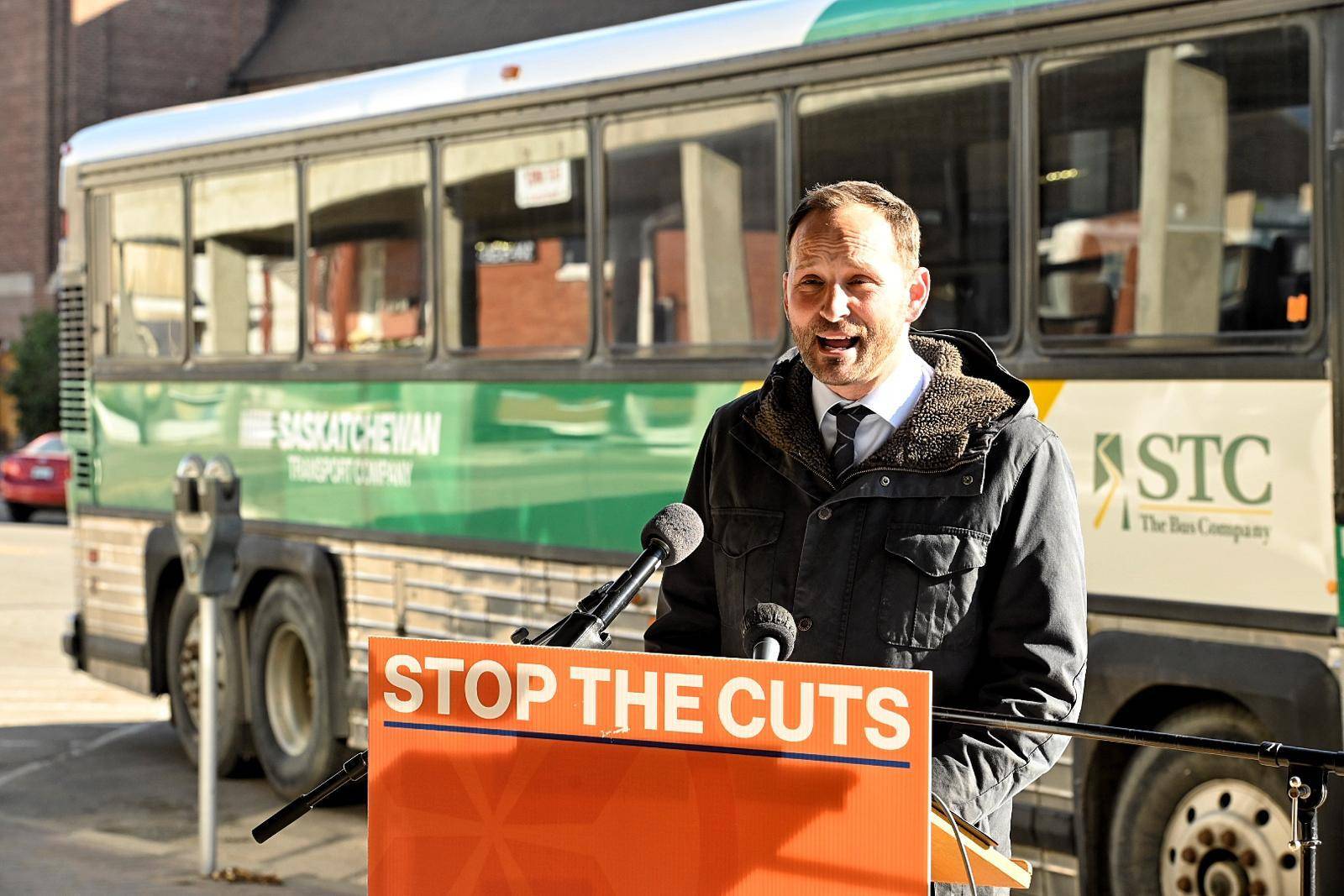 Saskatchewan New Democrat Leader Ryan Meili stood in front of a former Saskatchewan Transportation Company bus to commit that an NDP government would bring back the STC and reverse the Sask. Party’s record of privatization.

“When the Sask. Party privatized STC, they made life harder and more expensive for Moose Javians. Seniors, women, people with disabilities and medical patients were left stranded and frustrated,” said Meili. “Scott Moe’s answer to every problem is to cut and privatize. New Democrats would bring back STC for Moose Jaw families.”

In 2017 the Sask. Party ignored rural and Northern residents by shuttering the STC and selling off its assets. Their privatization plan was an utter failure. Private passenger companies operate just eleven percent of the STC’s original points of service. Moose Jaw was left with just one service line to Regina, which was recently suspended in the pandemic.

Meili committed that, if elected, a New Democrat government would bring back STC and restore bus service in Moose Jaw.

“When the Sask. Party closed down STC, they didn’t stop to think about people like me,” said Betty Michalski. “That service was the only way I could visit my family in Lloydminster or get to medical appointments in Regina. Now my only option is to spend an extortionate amount of money on cab rides.”

Meili stressed that now more than ever, Saskatchewan families need investments in the public services they rely on.

“Everyone deserves affordable and safe ways to travel,” he said. “Scott Moe’s tired and out-of-touch plan to privatize STC was a bad idea before the pandemic, but now it's downright dangerous. We can’t afford more of Scott Moe’s cuts and privatization. Saskatchewan people deserve better, and only New Democrats can deliver change.”