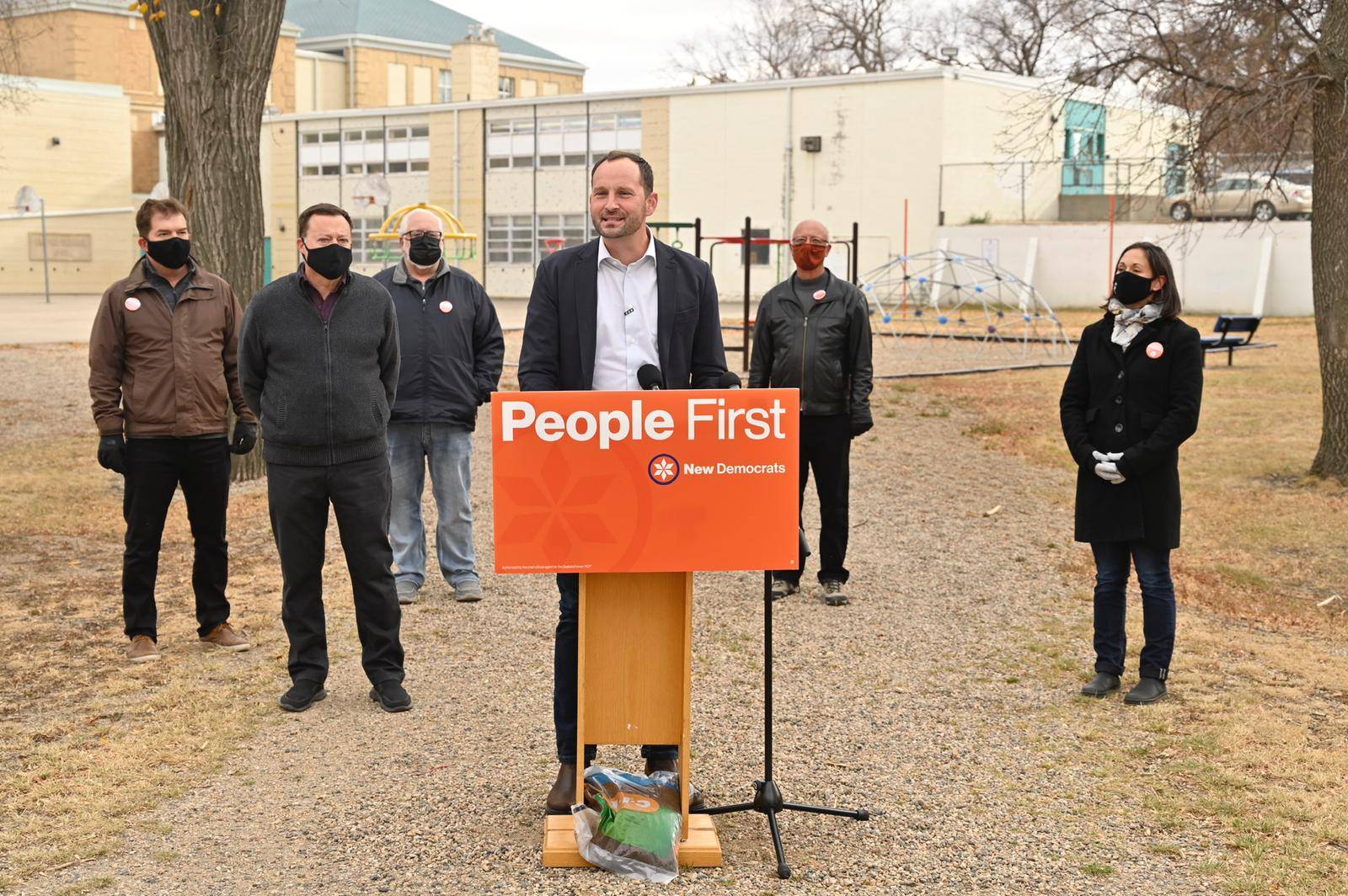 “Cuts to education are always a bad idea, but during a pandemic and when the public health orders lowered indoor gatherings from 30 to 15, it’s downright dangerous,” Meili said. “The people of Moose Jaw have been let down by the Sask. Party’s refusal to invest in smaller class sizes.”

“When I was working in the classroom – shortly before the pandemic hit – teachers were already stressed because of cuts and growing class sizes,” Stange said. “We need a government that will invest in the classroom and ensure the best future for all students.”

Due to underfunding from the Sask. Party, Prairie South Public Schools has been forced to make difficult budgetary decisions, including having to cut janitorial staff during a pandemic.

Former Prairie South Public Schools Trustee and now Sask. Party candidate for Moose Jaw North Tim McLeod noted that the government has not come up with additional funding for education.

“We did not receive a meaningful increase in our funding for next year, which means we’re trying to do our best work better than each year previous with only the same amount of money. . . . I believe we are applying a band-aid where surgery is required.”

To help teachers and students in the classroom, New Democrats are committed to:

“What the people of Moose Jaw have come to expect from the Sask. Party is deep cuts to education and large classrooms,” said Patterson. “But it doesn’t have to be this way. People will have the choice to choose an NDP government that will put people first and invest in smaller class sizes.”