NDP Leader Ryan Meili announced a Saskatchewan First procurement policy that will put Saskatchewan workers first and keep jobs in the province after years of Scott Moe and the Sask. Party shipping them away. 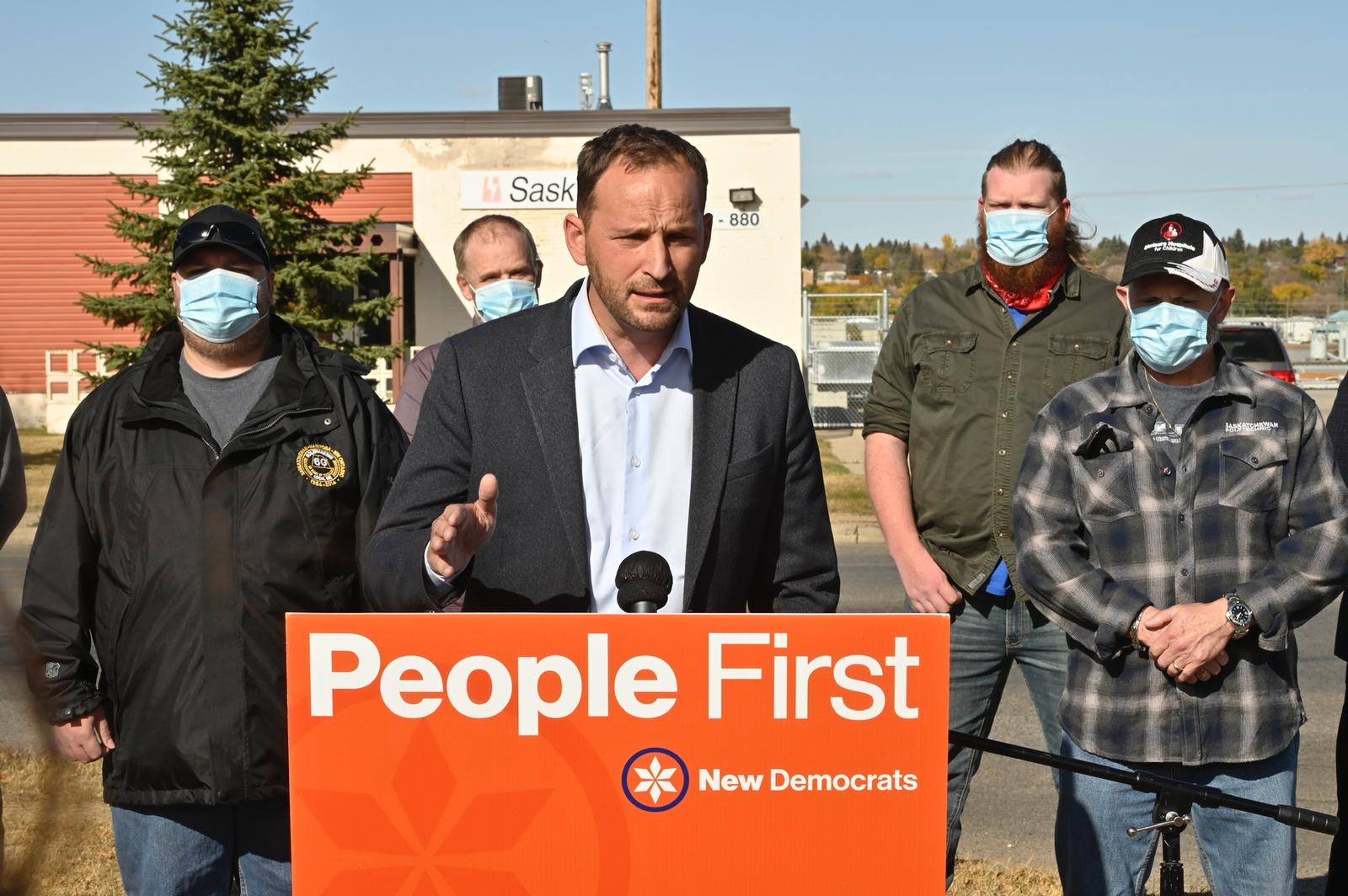 The policy will ensure that Saskatchewan companies and workers are given priority for government-led projects, including those built by Crown corporations.

“People in our province were struggling before the pandemic,” said Meili. “We were already in a recession while the Sask. Party sent jobs out of the province. And Scott Moe keeps giving contracts to large, out-of-province companies at the expense of jobs here.”

In February, SaskPower announced two US-based companies had been selected to compete for the bid to build the Moose Jaw power station.

Burns and McDonnell, which has its headquarters located in Kansas City, and the Kiewit Corporation based out of Omaha were the two companies shortlisted to build the project. The winning bid is not expected to be announced until after the election.

This comes after the contract for the Chinook Power Station in Swift Current was handed to an out-of-province company that only used Saskatchewan workers for 44 percent of the jobs, and after the massive Regina Bypass contract was given to a company from Paris, France.

“When we’re building our roads and our schools and our hospitals, we should be building them with our companies and our workers, full stop,” said Meili. “And all Scott Moe can promise is more of the same. More cuts and more lost opportunities for Saskatchewan people.

“We can do better. A New Democrat government will implement a Sask-First policy that puts Saskatchewan jobs and workers first.”